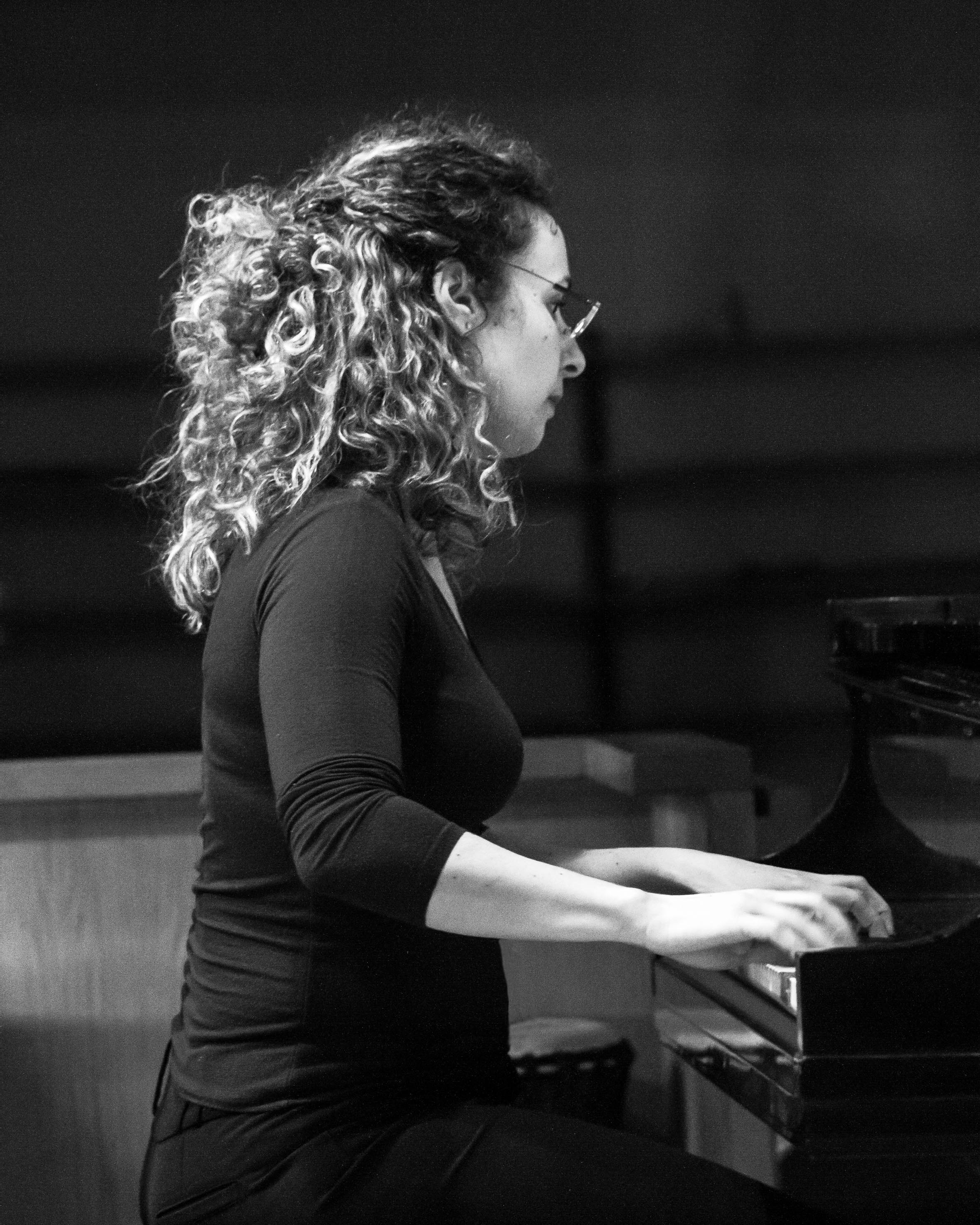 Sarit Aloni is recognised as a conductor, singer, pianist, composer, choral arranger and music educator. She received her Master of Music Degree in Choral Conducting from the University in British Columbia School of Music, Vancouver, Canada and her Bachelor Music Degree in vocal performance from the University of Tel - Aviv School of Music, Israel. She received a diploma in  piano at the age 18 from the Jerusalem Conservatory of Music, and shortly after won a status of an 'excellent musician' serving in the Israeli Defense Forces as a singer and a pianist.

She studied conducting under Graeme Langager, Noam Sheriff and Avner Etay and received vocal training from Michela Sburlatti, Giovanna di Rocco, Liliana Pacinotti, Patrizia Gracis, Tamar Rachum and Hadassa Ben-Haim. She performed as a soloist both in Israel and in Italy and was the artistic director of the Vivaldi Chamber Choir (2014 - 2015) and the Jewish Vocal Ensemble, both in Vancouver, BC, Canada. In 2004 she sang as a soloist in front of Pope John Paul II at the Vatican in Rome.

She founded four choirs: the women's choir; Anashim Choir (Sardinia, Italy), the Internationals Choir, a students' choir in the University of British Columbia, and the JCC Vocal Ensemble (both in Vancouver, Canada) and after her move to the UK in 2015, she started the Jewish Choir in Wimbledon (London), specialising in Israeli composers and arrangers. She is also the current artistic director of the Larkhill Choral Society, Salisbury and the Wimbledon Synagogue Choir, London. Besides her work as a conductor and a music teacher she occasionally composes and writes her own arrangements for her groups, adapting them to the unique voices abilities and formations. her composition Sim Shalom was broadcast live on BBC Radio 4 on January 2019 by the St Martin’s Voices at the St Martin in the Fields, London. She also worked as a piano accompanist, accompanying singers and choirs in concerts in Canada, Germany, UK, US, Italy and Israel.